Finals week is coming up and you know what you need to do: find a cozy nook in the library, keep your travel mug perpetually full of caffeinated liquid and figure out a way to absorb just enough knowledge to pass the final exams that you’re fairly certain are going to rock your world.

But we all need distractions.

This sometimes means rewarding yourself for an hour of hard-core studying by watching a YouTube video of babies making sour-faces after sucking lemons (http://tinyurl.com/88u8xnd). Whatever gets you through!

Here are some particularly humorous channels that I turn to on a regular basis whenever I need distractions.

This is by far my favorite channel to turn to when I need a break. It is a web series created by a girl named Hannah Hart who videotapes herself cooking delicious food in her kitchen, often with guest hosts and always with witty commentary. It should also be noted that she is quite inebriated off red wine before, during and after she is cooking. Dangerous? Probably. Hilarious? You know it.

Odds are you have already heard of Miss Marbles. She is a spunky blonde with tons of attitude and who is known for being obsessed with her dogs, wearing a Ninja Turtles backpack and telling it like it is.

Although a lot of her videos are catered to a female audience, her views on gender-neutral topics are universally hilarious.If you need a heavy dose of sarcasm and someone to throw things back into perspective, she’s your girl. See: “How to Avoid Talking to People You Don’t Want to Talk To” (http://tinyurl.com/4qrmel2)

It is essentially a video series of two guys named Nick and Beck who sit in beach chairs and do some intense people watching. The camera follows random people walking up and down the boardwalk while Nick and Beck add their own commentary, voice-overs and speculations. Their insight is hilarious, and every video has a way of making you feel like you’re sitting in a chair next to them, laughing along with some of your best friends.

All of the videos that Jimmy makes are funny – mostly because they deal with things that everybody can relate to on some level (see “Awkward Physical Contact”). Many of the videos that he and his friends make focus on some of the commonalities of college life such as Facebook stalking after a party or what it’s like to be part of a frat. My favorite videos are his “How To” videos because they are dripping with sarcasm and quotable one-liners. See: “How to Start a Bro Fight” (http://tinyurl.com/7jsu3j6) 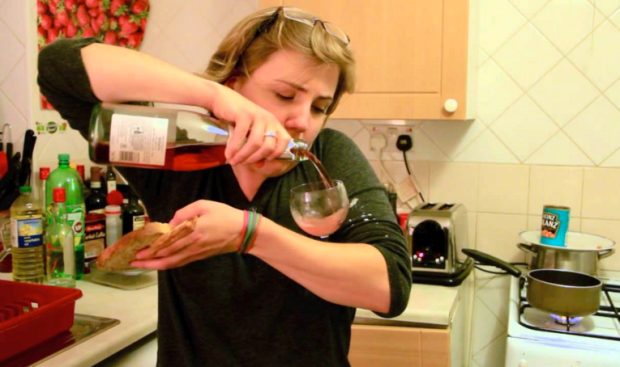 This article was originally published in The Fairfield Mirror on April 25th, 2012.